How Digital Health Can Support Women

There are many ways for digital health companies to help women. 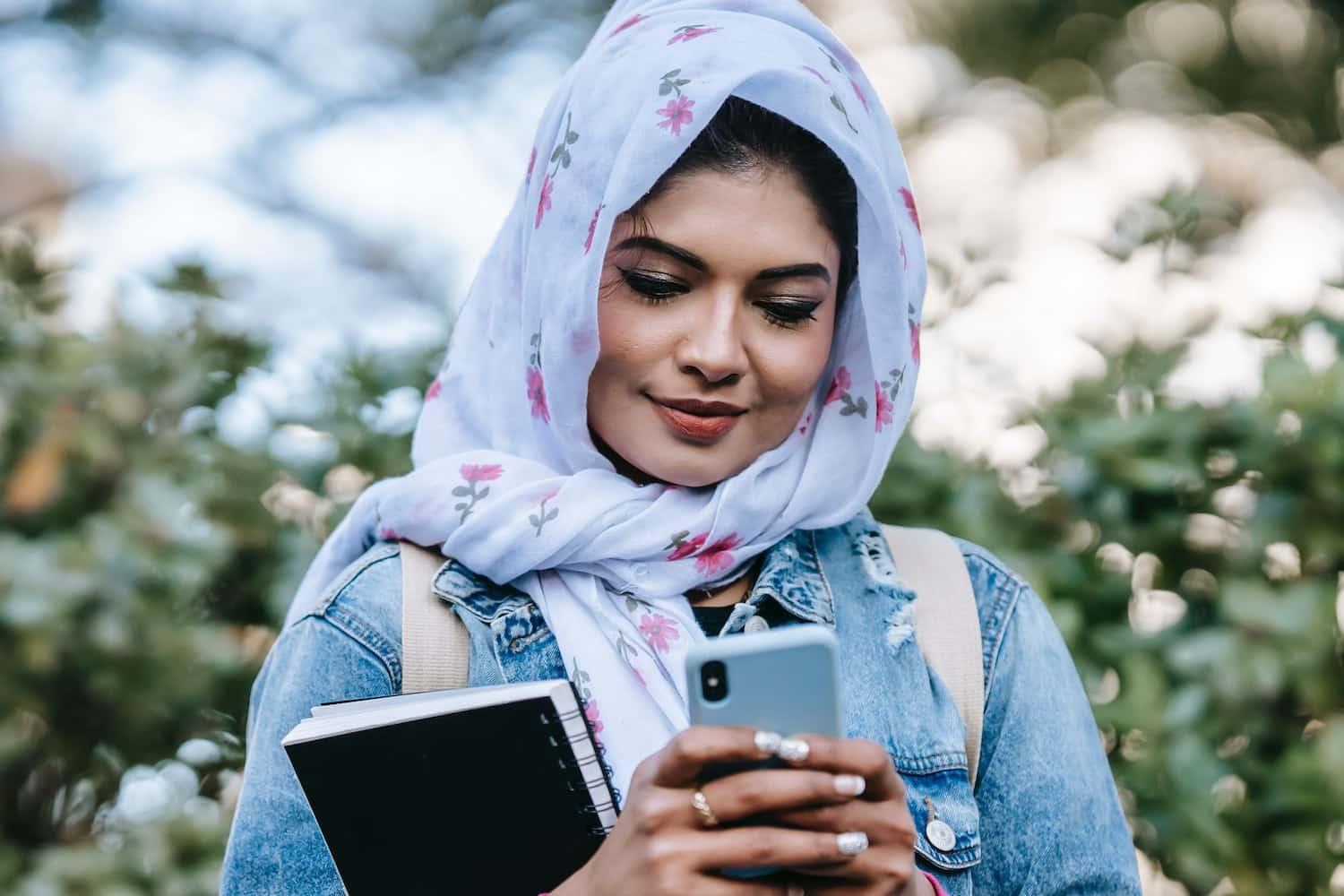 With 62% of the Americans disapproving of the SCOTUS’ recent ruling to overturn Roe v Wade, feelings of anger, fear, and disappointment have rippled across the country (1). This decision has shown that the U.S. justice system doesn’t truly represent or care for the American people. The bodily autonomy of many women in this country has been stripped away from them, and we can’t help but think of what other rights could be next. In these desperate times, organizations and companies should be doing their part in supporting women in any way that they can.

The foundation of healthcare, like many other U.S. institutions, has been built on patriarchal ideas (2). From the beginning, women have been treated as second-class citizens in comparison to men by our healthcare system (3). The following examples of gender-based discrimination in medicine are endless, highlighting the never-ending mistreatment of women. The pain of women is often reduced to an emotional response, and as a result, they can be offered antidepressants instead of the proper pain medicine (4). And although these antidepressants can help reduce some symptoms, they don’t treat the underlying issue in all cases. For heterosexual partners trying to prevent pregnancy, there are many more birth control options for the woman in comparison to men, displaying how society has already placed the bigger burden on the woman (5). These attitudes, practices, and expectations emphasize how women are not seen as equal to men or deserve to have full control over their bodies.

But there is still hope. As a society, we are realizing the inherent biases that our healthcare systems are riddled with and are calling for change. Although the overturning of Roe v Wade is a clear step backwards in the movement for gender equality, we need to continue fighting such oppressive rulings and policies.

Digital health is playing an important role in the fight to support women. With an annual growth rate of 24.2%, the global female digital health market will grow from USD $2.3 billion to USD $20.1 billion by 2032 (6). The growing size of the market can partly be attributed to the rising popularity of mobile apps to manage pregnancy, fertility, and menstruation (7). However, digital health is beginning to acknowledge how women’s health shouldn’t solely focus on our reproductive needs, allowing for more opportunities and growth. There are now more apps specifically catering towards women to help in improving their mental health, fitness, or experience with non-reproductive diseases. In this blog, we advise digital health companies on how to best support women and make healthcare more equitable.

1.) Ensuring Privacy of User’s Personal Health Data
Technology is fully integrated into our lives. We depend on it to get around places, pay for our purchases, communicate with the people in our lives, and now, more than ever, use it to better take care of our health. All of this can’t happen without the generation of data. But what happens when our own data is weaponized against us? With the lack of privacy laws on data, it can be distributed to the government or companies for monitoring or monetary gain (8). In a recent study of 23 of the most popular women’s health apps, it was found that 87% share data, and only 50% of those apps actually ask for permission beforehand (9).

Unfortunately, women’s digital health is predominately centered around our reproductive systems. When your last period was or that you haven’t been getting your period. Whether or not you’re on birth control. If you’ve had unprotected sex recently. All of this is common information observed within menstrual cycle tracking apps that then can potentially be shared to other sources.  In states that have banned abortion, this type of information could lead to users being monitored to make sure they don’t get an abortion or even accused of getting one based on their period data.

This blatant disregard for privacy has not only made women distrustful of these apps that have helped them for so long but also put them at risk for being accused of being pregnant when they may not be. It’s clear that many of the important people in charge don’t have a basic understanding of the female body or science, and this ignorance severely endangers women’s lives, especially when there are some  politicians believing things such as a woman not being able to get pregnant from rape (10).

Digital health companies can protect women from these risks by not selling their data to other sources. After the news of Roe v Wade, many popular apps have begun to change their privacy laws to help support women. Period tracking app, Flo, put out a statement that they “will always stand up for the health of women, and this includes providing our users with full control over their data,” and actually took action by creating an “anonymous mode” (11). This “anonymous mode” allows users to still use the app but without having to give up their names, emails, and technical identifiers. This should become the standard in these times to help users trust in digital healthcare and to support them as well.

2.) Breaking Down the Stigma Surrounding Women’s Health
There is a lot of discomfort when talking about women’s sexual health. Sexual health in general is considered a taboo, resulting in people getting too embarrassed to talk about it at all. However, this is a big issue. These conversations are important and need to happen for people to get the help they need or feel like they aren’t the only ones going through something.

The menstruation system has always been a taboo topic (12). Girls grow up feeling embarrassed about being on their periods. Women have their periods weaponized against them. This stigma has to end for women to truly feel comfortable talking and seeking help on issues regarding their periods or even other health issues that may or may not be related to their reproductive systems. It’s not only about periods either. Even aspects of motherhood, something that isn’t supposed to be sexualized, are stigmatized, such as breastfeeding. The societal degradation of female bodies has continued to prevent women from speaking out for their health needs, fostering feelings of loneliness and even endangering their health.

Digital health companies should utilize their social media presence and platform to help in normalizing women’s health. If women see that these topics are normally being talked about, they will feel more empowered in their issues and be able to speak up. They’ll be able to connect with others that are also suffering and no longer feel alone. Many digital health companies have already had public campaigns to focus on empowering women and stigmatization. Elvie’s “Free the Feed” campaign’s purpose was to empower mothers to breastfeed or pump wherever they needed without feeling ashamed (13). Clue, a period-tracking app, #justsayperiod campaign’s purpose was to normalize talking about the menstruation cycle in public (14).

3.) Providing Educational Resources on Women’s Health
Our education system fails to accurately educate on female or sexual health, as many feel that these topics are unnecessary and uncomfortable to talk about. However, these feelings shouldn’t prevent children from learning about their own bodies and how to protect themselves during sex, especially when sex education leads to lower rates of unwanted pregnancies and risk of STDs (15).

And despite this lack of education for all, there is an ever smaller understanding of female health due to gender inequality in healthcare. 94% of women failed a quiz on women’s health issues (16). 59% of women didn’t know where the uterus was located (17). These statistics emphasize how much women don’t understand about their own bodies, but the blame can’t be placed on them. It’s due to the stigmatization of the female body where women are ashamed to learn about themselves or can’t because their schooling system failed them.

Digital health companies can create content and resources that help educate women on their health issues or their own bodies. Many companies have already dedicated blogs or designed infographics to help inform women and reduce the education gap. When women are able to fully understand their bodies or health risks to look out for, they can be more involved and confident in not only their healthcare decisions but in their daily life as well.

4.) Providing a Community for Female-Identifying Individuals
As talked about above, women often feel ashamed or embarrassed on matters regarding their health. Loneliness and guilt are prevalent emotions for many women in relation to their health matters, especially in cases like going through a miscarriage or suffering from postpartum depression (18). Digital health companies can help with providing spaces where women can talk about these issues. By creating a community that connects women from all different types of backgrounds, not only will they be able to share their concerns, but they’ll also learn about different perspectives and issues from one another. There could be networking as well as experts in the field that can provide their own professional opinions in the space within the community. Having a support system, especially when times are tough, is important. These communities can also be in any sort of format, from forums to matching people up to group chat rooms.

Digital health company Happify is partnering with Anthem to create an online community to help individuals share and talk about maternal health, specifically pregnancy (19). Online support groups are also not a new idea and are already common for helping those with mental health issues (20).

5.) Include More Women in Healthcare Research
From the beginning, women have been underrepresented in healthcare research. The typical clinical research subject was a white male leading to not only females but people of color not being fully represented in healthcare (20). There were many “justifications” made for why women shouldn’t be test subjects for clinical research: higher expenses because of their everchanging hormone levels, the assumption that sex wouldn’t be a variable that would influence the results, and lowered “child-bearing potential” (21).

With the lack of female participants in clinical research, the gender health gap continued to widen. The knowledge on women’s health was less accurate than that on men’s health, as it was just assumed that symptoms that females experienced for a specific disease would be the same as a male (22). This was not the case at all for many diseases. This was clear in how American women were dying at significantly higher rates from heart attacks than men because the more prominently known symptoms of a heart attack are that of males’ and female heart attack symptoms are less well-known (23). This is just one example of how the gender health gap has caused severe repercussions and has cost lives.
When digital health companies are still in the development process and even after, they need to consider women as participants in testing their products or as subjects in their clinical research. This will help with reducing the gap and overall move healthcare towards a more equitable path.

Wrapping it Up
With the recent turn of events for women’s rights, digital health companies should try to do their part to help support women. The disparities and inequality within healthcare need to be acknowledged. We should care about the people using our apps and services and view them as more than just customers. People want to support companies that genuinely care and support them. We hope that this blog was helpful in teaching you ways your digital health company can support women during these difficult times.